The League of Women Voters of Arizona believes in the election system principle of greater vote representation. The LWVAZ maintains the hope that election system reform that provides a stronger voice for the greatest number of voters should have a positive effect on voter participation. Therefore, the LWVAZ: 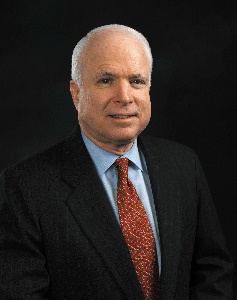 Fmr US Senator for AZ

"Instant runoff voting [also known as RCV] will lead to good government because voters will elect leaders who have the support of a majority. Elected leaders will be more likely to listen to all and cities will be able to enjoy big tax savings and keep majority rule." 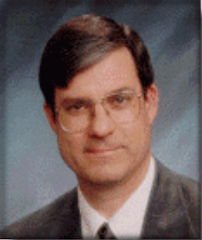 "As a former Republican state legislator for 14 years, I am in support of a change to a Ranked Choice Voting system here in Arizona.  The extreme partisanship and inability for elected officials to work together for the benefit of the state requires that we consider new options and ways to improve our democratic republic." 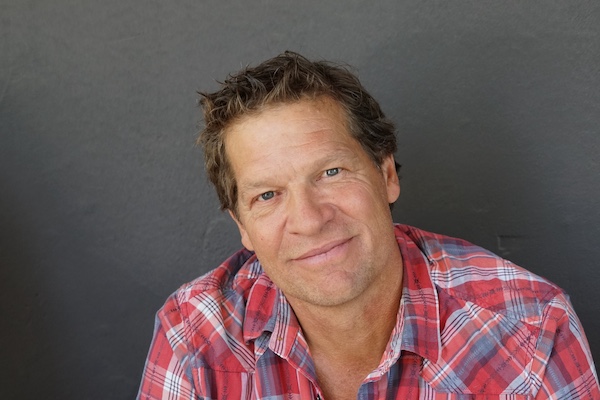 "Just as our economy is based on competition and the marketplace of good ideas, so too should our electoral system.  Ranked Choice Voting promotes electoral competition and gets us away from the "lesser of two evils" voting mentality.  RCV can help our democracy get back to problem solving instead of playing hyper partisan political games" 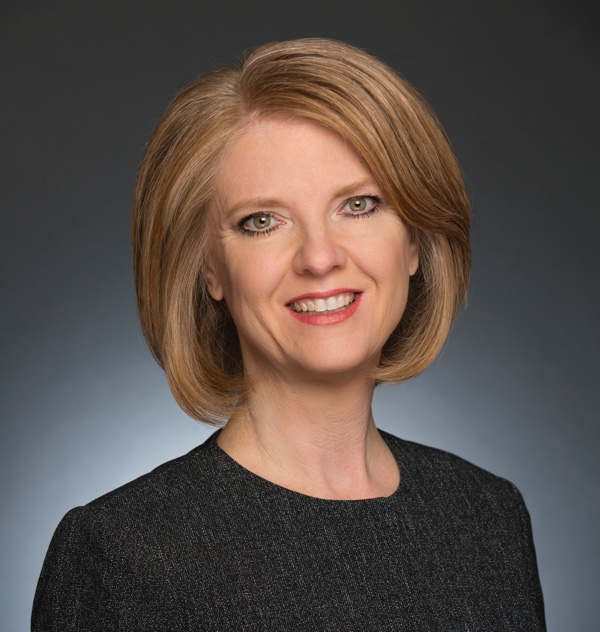 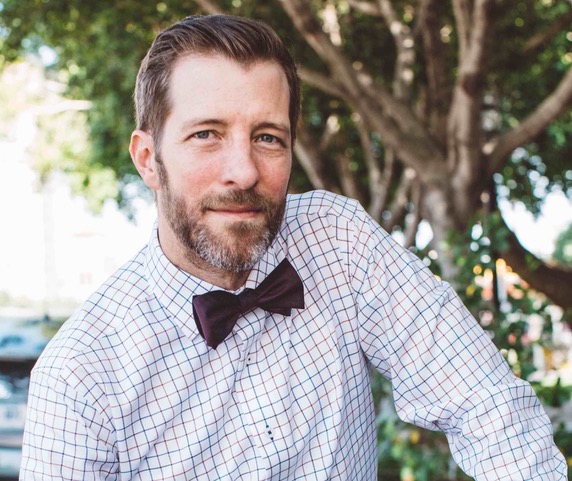 "Ranked Choice Voting is one of the most important reforms that we can make in our local elections, which could repair the damage to our democracy and even our torn social fabric. Try it! It is the most intuitive and fair way to vote" 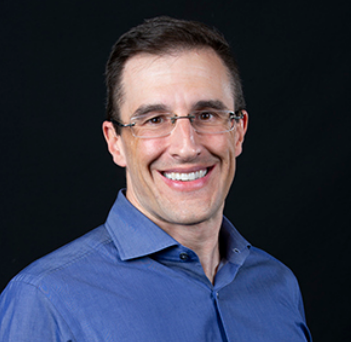 "I definitely support ranked choice voting and hope that this effort is successful so that Arizona voters may have the best and most accurate method for making their candidate preferences known during future elections. Count me as an enthusiastic supporter for the effort!" 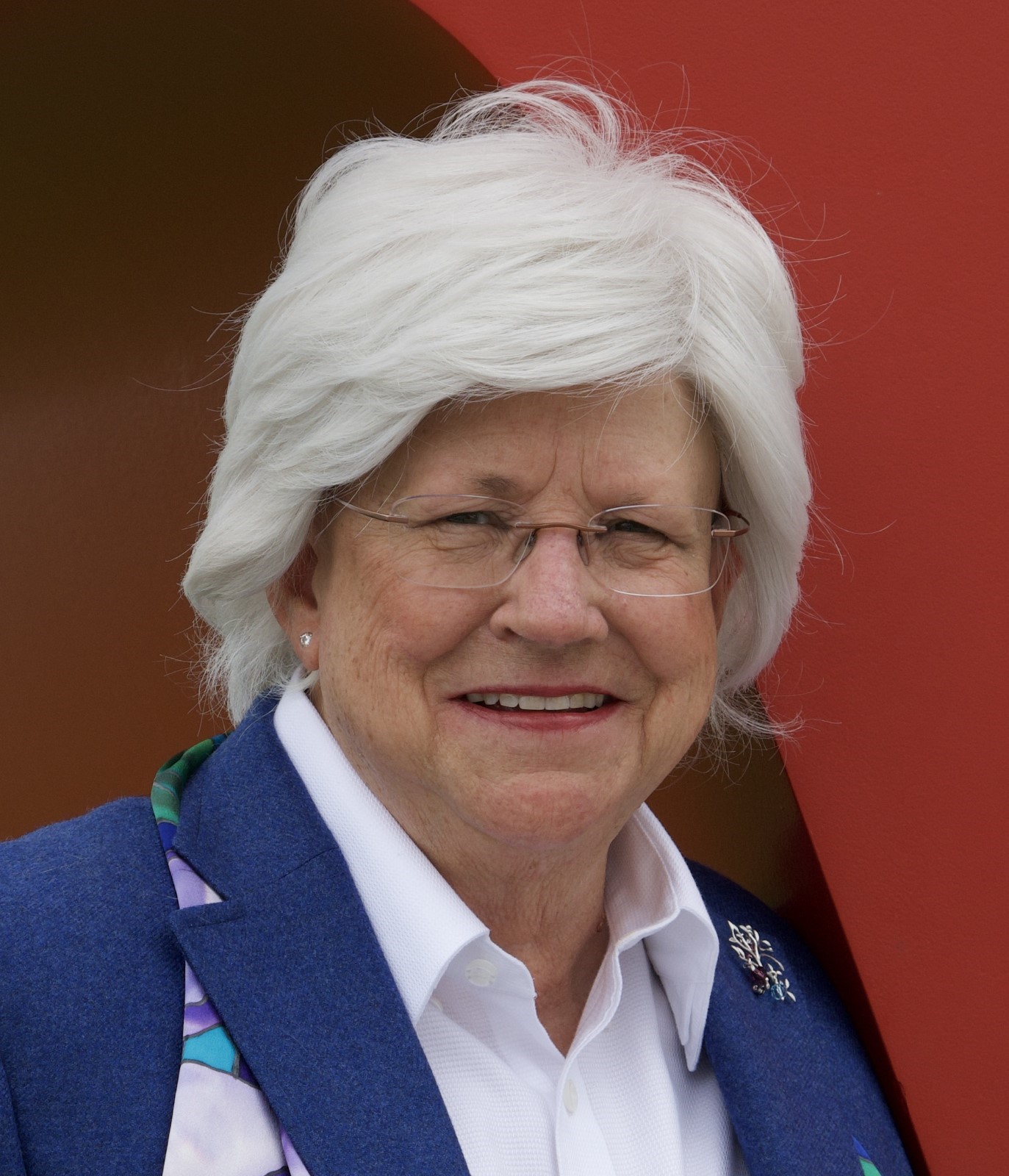 Ranked Choice voting increases competition and empowers voters with more choices. It eliminates the spoiler effect allowing voters to vote for their favorite candidate without fear of wasting their vote. And it saves local taxpayer dollars by eliminating the need for a local primary election. Please join me in supporting ranked choice voting. 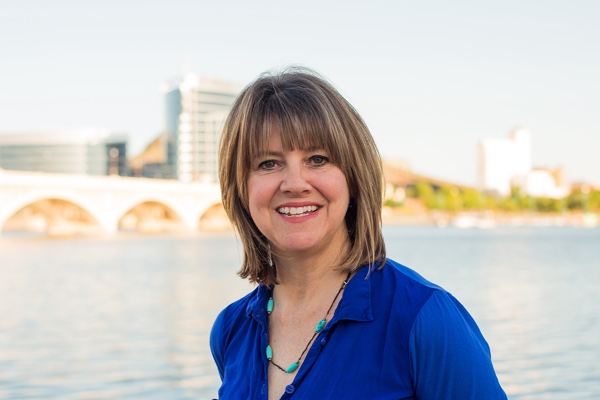 Lauren Kuby endorses Ranked Choice Voting because it better reflects the will of the voters and, in local elections, avoids costly run-off elections. 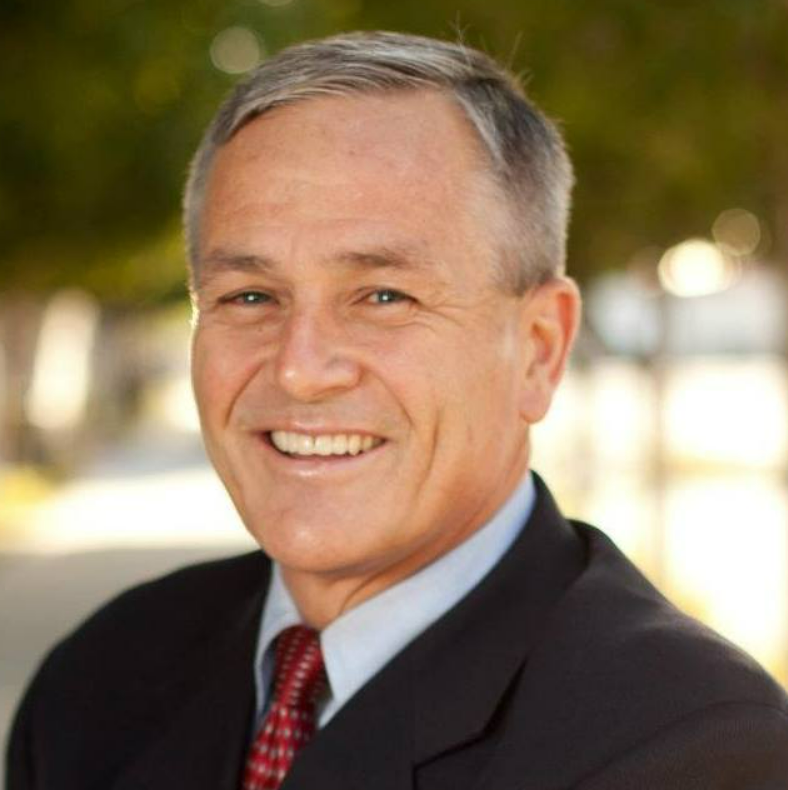 Extreme political partisanship and polarization is an existential threat to the foundations of our great nation and state. In his September 17, 1796 Farewell Address, President George Washington warned extensively about the spirit of Parties and articulated this threat in these unedited lines from the original manuscript:

"I have already intimated to you the danger of Parties in the State, with particular reference to the founding of them on Geographical discriminations. Let me now take a more comprehensive view, & warn you in the most solemn manner against the baneful effects of the Spirit of Party, generally. This spirit, unfortunately, is inseperable from our nature, having its root in the strongest passions of the human Mind. It exists under different shapes in all Governments, more or less stifled, controuled, or repressed; but in those of the popular form it is seen in its greatest rankness and is truly their worst enemy. The alternate domination of one faction over another, sharpened by the spirit of revenge natural to party dissention, which in different ages & countries has perpetrated the most horrid enormities, is itself a frightful despotism. But this leads at length to a more formal and permanent despotism. The disorders & miseries, which result, gradually incline the minds of men to seek security & repose in the absolute power of an Individual: and sooner or later the chief of some prevailing faction more able or more fortunate than his competitors, turns this disposition to the purposes of his own elevation, on the ruins of Public Liberty. Without looking forward to an extremity of this kind (which nevertheless ought not to be entirely out of sight) the common & continual mischiefs of the spirit of Party are sufficient to make it the interest and the duty of a wise People to discourage and restrain it. It serves always to distract the Public Councils and enfeeble the Public Administration. It agitates the Community with ill founded jealousies and false alarms, kindles the animosity of one part against another, foments occasionally riot & insurrection. It opens the door to foreign influence & corruption, which find a facilitated access to the government itself through the channels of party passions. Thus the policy and the will of one country, are subjected to the policy and will of another."

Ranked Choice Voting is a reasonable tool to restrain or check the parties while securing the efficacy of each person's vote. 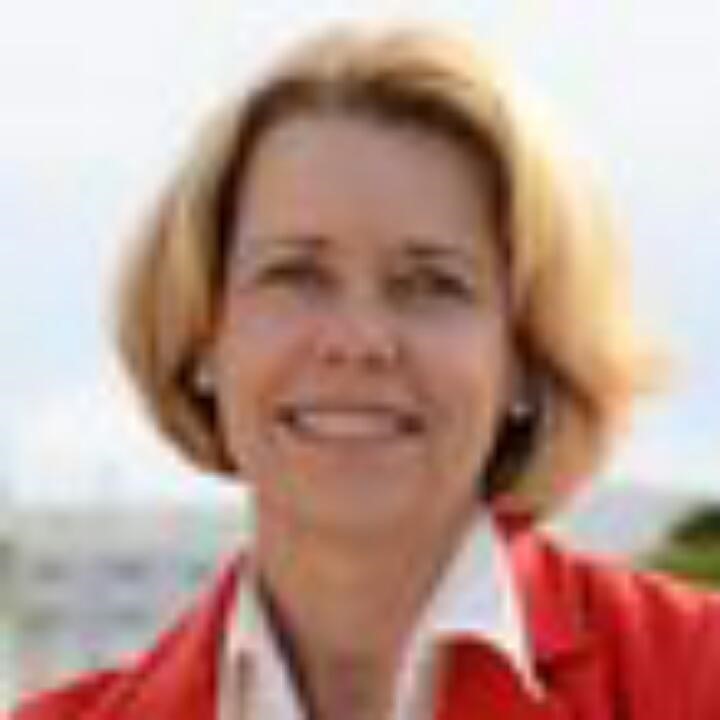 Scottsdale Council member Linda Milhaven supports Ranked Choice Voting because it ensures the winning candidate has the support of the majority of voters. Ranked Choice Voting allows voters to express their true preference and ensures their vote always counts. RCV will improve the quality and transparency of our elections while also reducing costs. 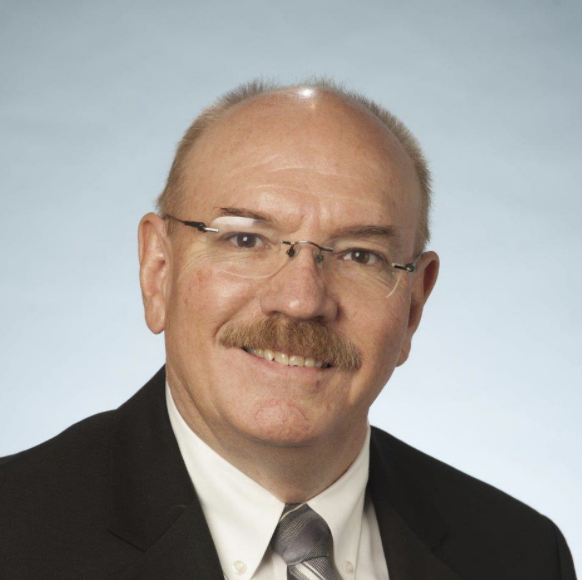 "Ranked Choice Voting allows you to vote for your favorite candidate without worrying you may be opening the door for your least favorite candidate to win.  Winners are determined in one election with no need for runoff elections held many months later at additional expense." 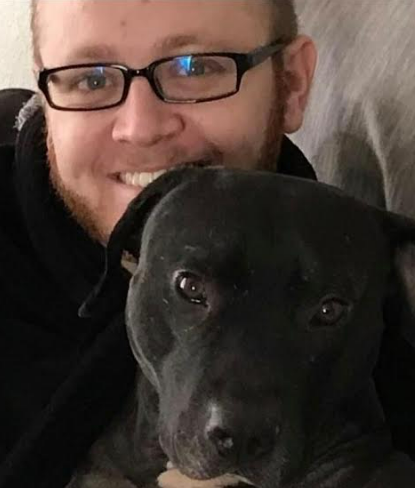 "I support Ranked Choice Voting as a young voter and former campaign staff because I know so many young people who are so passionate about politics but find our binary system unrepresentative of them, the issues they care about, and the nuances those issues deserve. RCV not only produces the best representative for any given district, it also increases the chance young and other disenfranchised voters will participate because they have the opportunity to vote for a candidate that represents them best without sacrificing their voice in who is ‘first past the post’" 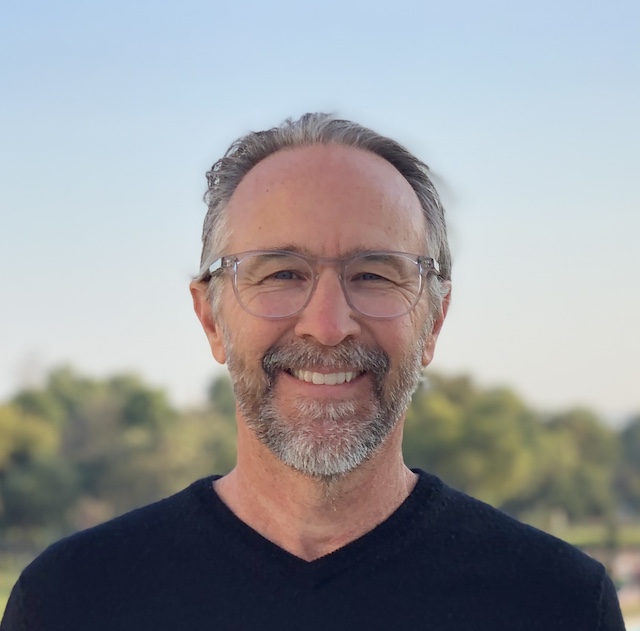 "As a business and technology leader, I understand the importance of competition in driving improvement. Ranked choice voting reduces the monopoly power of our current two party system and increases the opportunity for independent and 3rd party participation. RCV increases election transparency and reduces cost, something that we can all get behind." 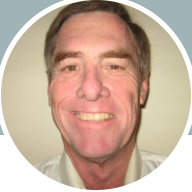 "I applaud and support your efforts to introduce Rank Choice Voting in Arizona. Establishing widespread understanding by Voters, identifying and addressing their questions and concerns, will be a difficult task, but I believe that RCV would improve Elected Official delivery of tangible value to residents." 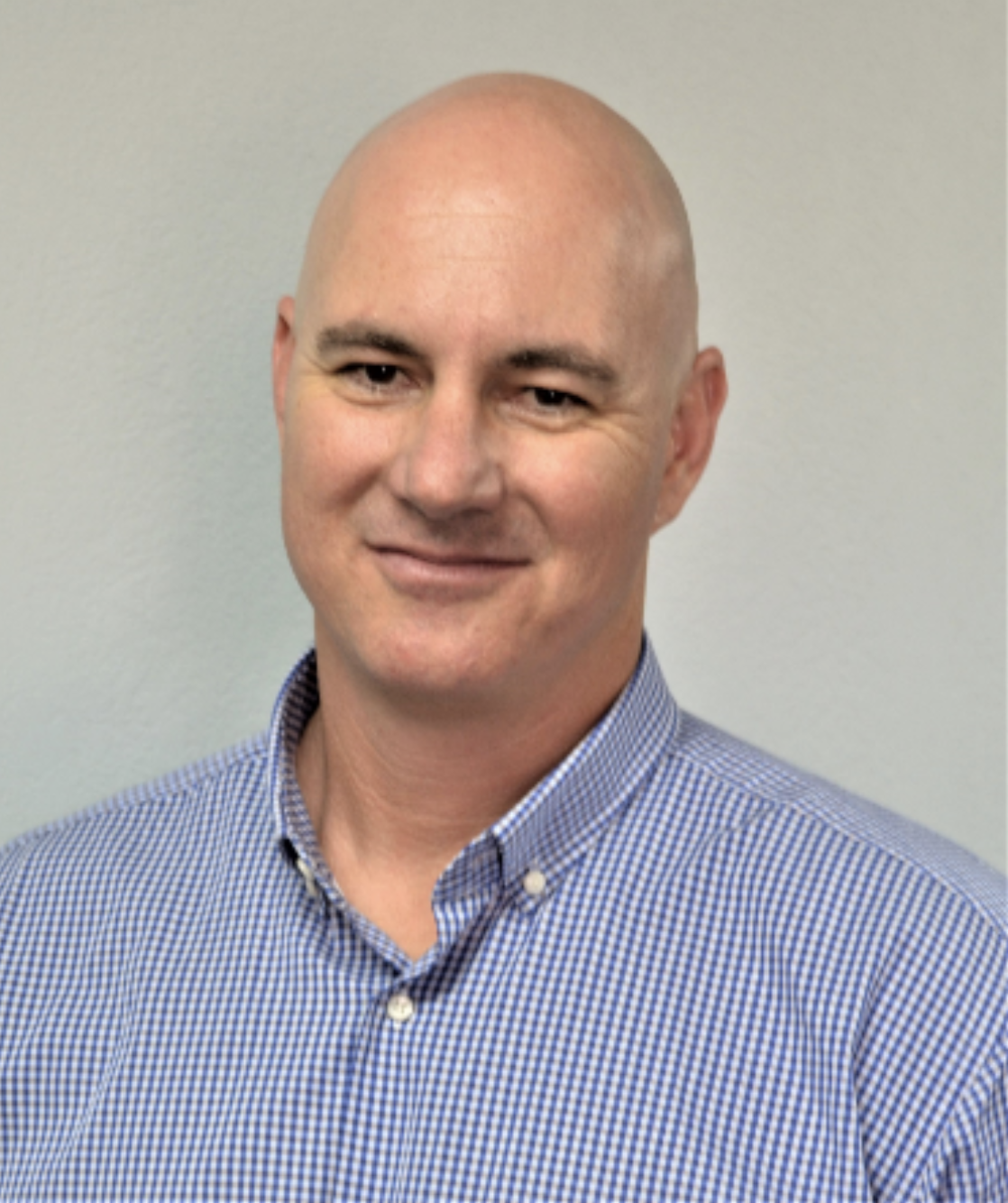 "I support RCV because under our current election system, a small group of people on “the left” and on “the right” often choose the candidates for the rest of us. Ranked choice voting along with open primaries will give every eligible voter an equal voice in the election process regardless of party affiliation. Moreover, it will empower elected officials and candidates to put community and country first without fear of political retribution from a select few." 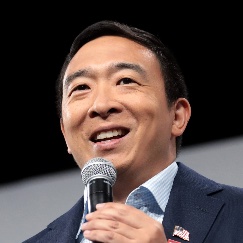 "The benefits of ranked-choice voting are profound. You don’t need to worry about any candidate being a spoiler. You can vote however you’d like without worrying about “wasting” a vote. It expresses voter preferences better. The winner has to get 50 percent—something that doesn’t always happen with plurality voting if you have more than two candidates (for example, Governor LePage in Maine in 2014, Bill Clinton in 1992). It diminishes the incentives to campaign negatively, because you’re running against multiple opponents and people will notice if you start trashing your opponents. And it favors coalition building and reaching out to different types of constituents." 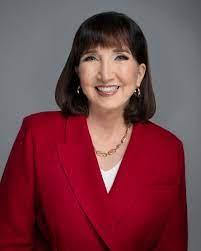 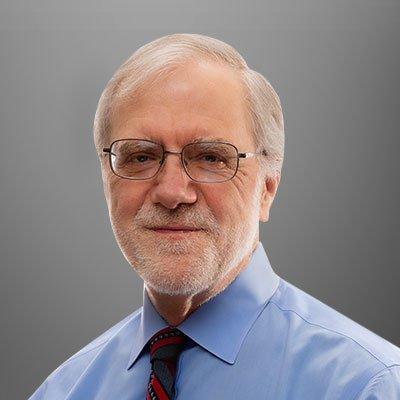 "Ranked-choice voting eliminates the spoiler problem in SMP elections for executive offices. It ensures that the most preferred candidate wins instead of a plurality winner who may be opposed by a majority of voters who are split among two or more alternative choices." 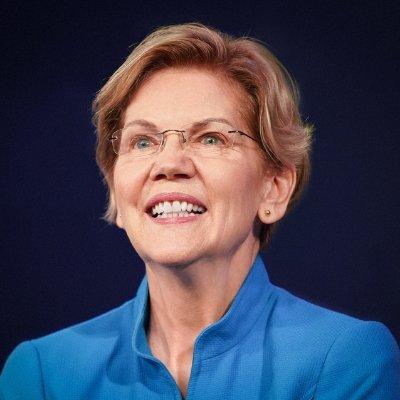 "Ranked-choice voting can make our elections more positive and require successful candidates to build broad coalitions. It can ensure that everyone’s vote counts and open the door to elections that more fairly represent the electorate. Most important, ranked-choice voting can make sure that the winning candidates have successfully appealed to the majority of the voters. That’s a stronger democracy." 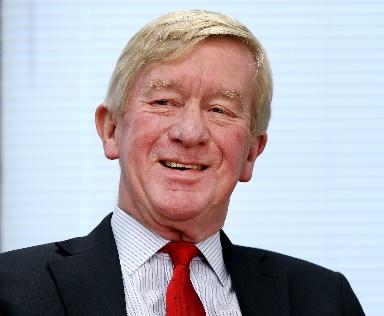 "Rank choice voting allows voters to express their preferences more clearly and ensures the final winner has the support of the majority of the voters." 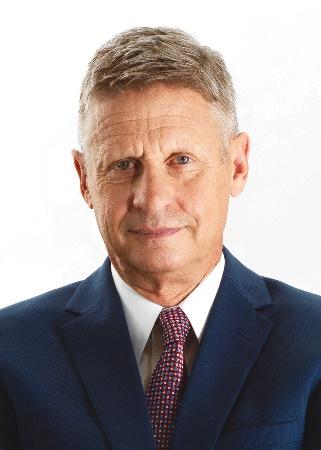 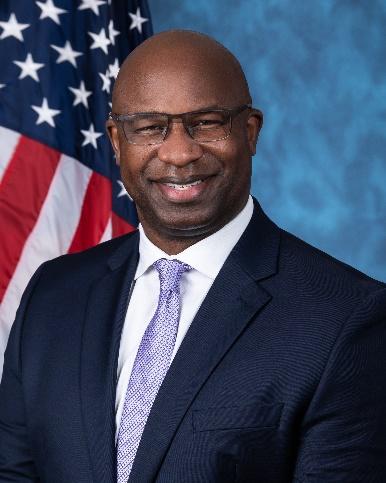 "Ranked Choice Voting is expanding voters’ powers to choose our leaders based on what the candidates believe and by demanding what we, the voters, require." 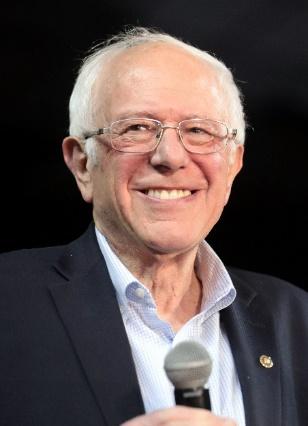 "If we are believing in democracy and the right for people to have the freedom to cast their ballot and not have to choose the lesser of two evils, [ranked choice voting] is something I support." 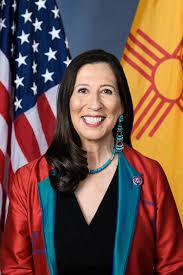 "It [Ranked Choice Voting] is a much better way of exercising democracy when you have multiple candidates who are representing a range of issues. Democracy is never perfect. So our goal should always be to improve that, and ranked choice voting is an improvement." 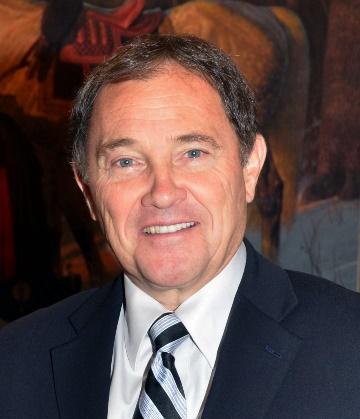 "I think it [Ranked Choice Voting] has advantages. If I can’t be your first choice, I want to be your second choice. So I think it brings a more civil campaign and I think that’s a good thing and we can concentrate really on the issues at hand, so ranked choice voting is something I would support." 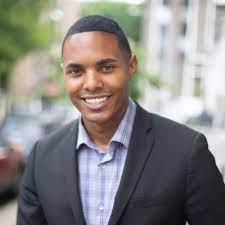 "With ranked choice voting, every vote matters more than ever before, and it matters to every single candidate."

Would you like to endorse Voter Choice Arizona? Let us know!